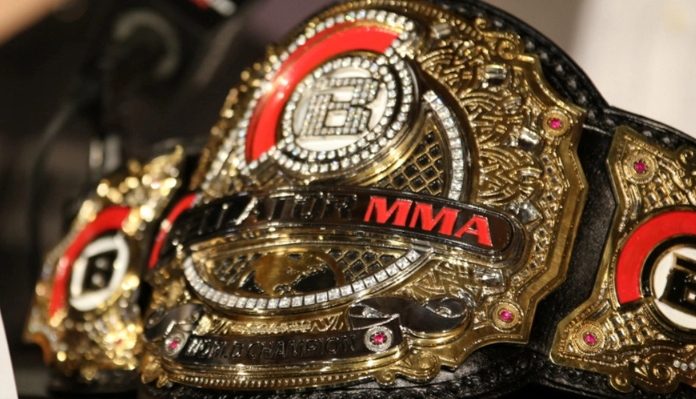 Once known as strictly a tournament structured promotion, Bellator MMA is now getting back to its roots with their third tournament since Scott Coker’s arrival.

Just at the end of this past month, Bellator wrapped up their heavyweight Grand Prix which saw the vacant title be awarded to the light heavyweight champion Ryan Bader after he ran through the likes of Muhammad ‘King Mo’ Lawal, Matt Mitrione, and the legendary Fedor Emelianenko.

Now, it’s time for another tournament to be introduced and it’s a big one… Literally.

Bellator President Scott Coker revealed on Ariel Helwani’s MMA Show Monday that the featherweight division will be next to be featured in a tournament as 16 men will battle for supremacy.

“When you think about all of the studs we have in that weight division, it just has to be done,” Coker said.

Coker did say though that he invited the current champion Patricio ‘Pitbull’ Freire to participate and hopes he agrees. Next in the cage for Pitbull, however, will be the lightweight champion, Michael Chandler as Pitbull looks to become the second dual-division champion in Bellator history.

The first eight fights of the opening round will take place all in one night or across a couple days on one weekend according to Coker. Similarly to Bellator 207 and Bellator 208 which were days apart and saw Bader defeat Mitrione at Bellator 207 while Emelianenko defeated Chael Sonnen the day after.