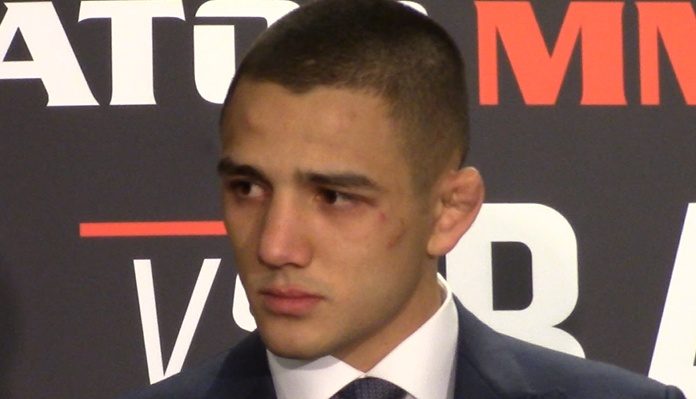 Pico squared off with Adam Borics on tonight’s preliminary card.

After utilizing a more conservative game plan, it appeared that Aaron Pico was well on his way to victory.

However, that all changed when Borics landed a sensational flying knee that sent Pico crashing to the canvas.

Check out the highlight reel KO below:

What do you think should come next for Aaron Pico following tonight’s devastating knockout loss at Bellator 222? Sound off in the comments section Penn Nation!