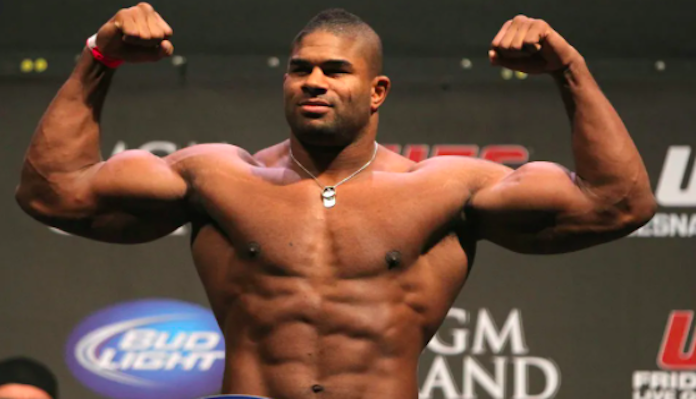 Overeem last competed in February of last year, getting stopped by Alexander Volkov. Following the defeat, the 42-year-old was released from the UFC. Despite interest from Bellator, he decided to sign with Glory Kickboxing.

He was set to face heavyweight champion, Rico Verhoeven, in his first fight but withdrew due to injury. Overeem is now set to face Badr Hari in their trilogy match at Glory Collison 4 in October. Despite currently competing in kickboxing, the Dutchman hasn’t shut a door on finishing his career in the cage.

Alistair Overeem discussed his future in MMA on The MMA Hour with Ariel Helwani. There, he confirmed that he’s still interested in fighting in the cage one or two more times.

However, he’s not very interested in competing against fellow legend Fedor Emelianenko. Overeem has been reported to be one of the frontrunners to face the Russian next. 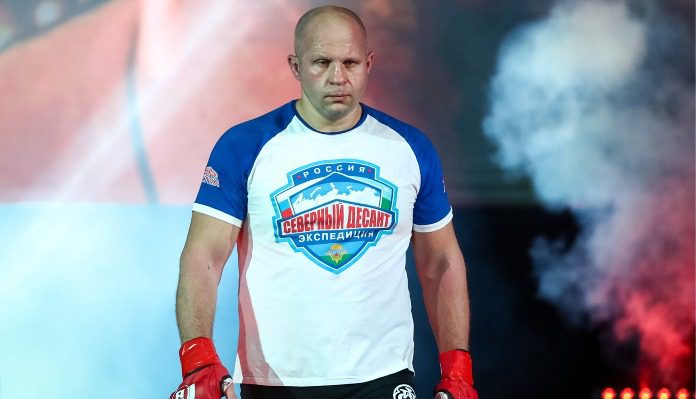 “Absolutely not [done with MMA]. Might do one more or maybe two, might be one. We’ll see what comes about but the calendar’s booked. We’ve got the Badr [Hari fight] and then we’ve got Rico [Verhoeven] after potentially so that will be next year and then we’ll see.”

Alistair Overeem continued, “Uh, Fedor? Respect to Fedor. He hasn’t fought in a couple of years. I don’t know, I’ve been working on my compassion lately and I think challenging a man who has not fought for several years, I don’t really think that’s a good thing to do. I even felt a little bad about fighting Badr, and his last win was in 2015.”

What do you think about Alistair Overeem’s comments? Do you want to see him fight Fedor Emelianenko?