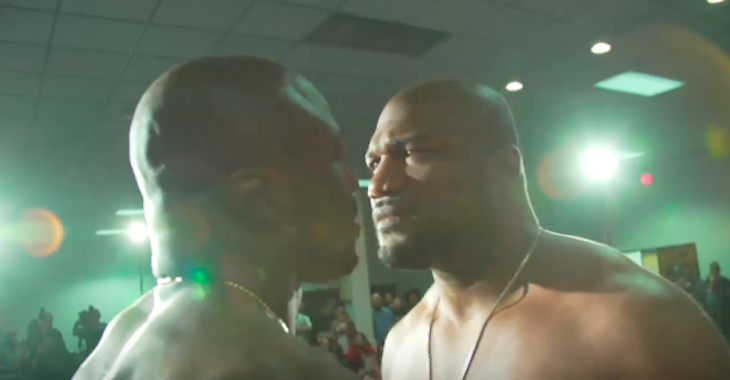 The key difference between this Bellator 175 rematch and the pair’s original fight is that it will occur at heavyweight, rather than light heavyweight. That means neither man was forced to endure a weight cut.

Rampage took full advantage of this luxury. At today’s Bellator 175 weigh-ins, he tipped the scales at a whopping 253 lbs. King Mo, meanwhile, weighed in at a much lighter 212 lbs. That’s a 41 lb. disparity, if math isn’t your strong suit.

Another key detail of this weigh in ceremony is that featherweight contender Emmanuel Sanchez missed the featherweight division’s 146 lb. limit. As such, his bout with Marcos Galvao will now go down as a catchweight.

Here’s a full rundown of the Bellator 175 weigh in results (via MMAJunkie.com).

Who do you think comes out on top in the Bellator 175 main event? Sound off, PENN Nation!