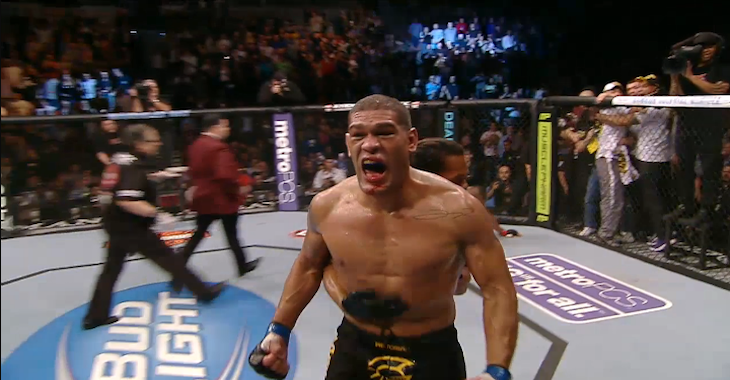 Yesterday morning it was annnounced that former UFC heavyweight title challenger Antonio “Bigfoot” Silva would be returning to action on October 14 in Gangzhou, China.

That news alone had fans and analysts worried. After all, “Bigfoot” has suffered seven knockout losses over the course of the last four years.

What made matters far worse and left fight fans with upset stomachs was when they realized that “Bigfoot” had signed on to fight current Glory heavyweight champion Rico Verhoeven.

Crazy right? The non-title fight will mark Silva’s first ever kickboxing match and he’s going up against a guy who beat the likes of Badr Hari, Peter Aerts and Gokhan Saki.

Today, Silva defended his unpopular decision to fight Rico in an interview with MMAFighting.

“Critics will always exist and we have to know how to deal with them,” Silva told MMA Fighting. “Sometimes they don’t even mean to criticize you, but they are just jealous they wanted to be a professional fighter and don’t have that talent. I was always a humble person, I came from a humble family in Paraíba and competed around the world, and some people don’t accept that.” Silva is currently on a five-fight losing skid, with four of those five setbacks coming by form of knockout.

Do you think “Bigfoot’s” friends, family or management should step in and call off this seemingly unnecessary fight? Sound off Penn Nation!