Heading into the main event, ‘Showtime’ had already secured its spot in the playoffs. One month prior, he defeated Myles Price by first-round submission, handing him a bid. With that playoff spot in mind, Pettis decided to take the safe approach at PFL 5.

However, that safe approach eventually led the former UFC lightweight champion to be defeated. After outstriking Ray on the feet in round one, Pettis took the fight to the mat in the second frame. Shockingly, the Scottish fighter locked in a twister submission to score the victory.

Now, the two are set to rematch PFL 7 next week. Looking back on his fight with Stevie Ray in an interview with MMAJunkie Radio, the 35-year-old revealed he was just trying to make it through the fight without injury.

That safe approach led the former UFC titleholder to take the fight to the mat, where he lost. Set to face ‘Braveheart’ again next month, Pettis is confident the same thing won’t happen again. 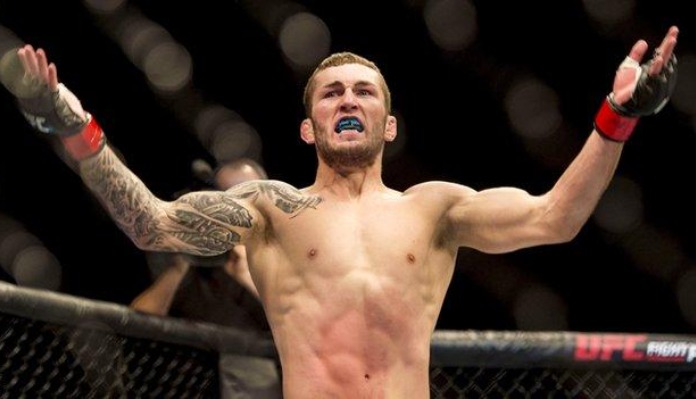 “Honestly, I was a little complacent because I already knew I was in the playoffs and that fight was just kind of – I had to get through the fight, really. I looked at that fight like, ‘Let’s try not to get hurt. Let’s play it smart,’ as opposed to, ‘Let’s go finish this guy and get the job done,’ and it backfired on me.” (h/t MMAJunkie)

Anthony Pettis continued, “I played into his game and he had a great trap set up for my back escape, and I don’t think it will happen again.”

What do you think about Anthony Pettis’s comments? Do you think he’ll defeat Stevie Ray in their rematch at PFL 7? Sound off in the comment section below!

This article appeared first on BJPENN.COM
- Advertisement -
This article appeared first on BJPENN.COM
Previous articleSean O’Malley explains why he acts as his own manager: “No middleman, no one taking a random percentage for being a middleman”
Next articleJulianna Pena relishing in underdog role against Amanda Nunes at UFC 277: “They said she slipped on a banana peel and that’s why I won”