Earlier this week, we saw grisly images of a man just moments removed from fending off a bear attack. Today, the grisliness continues, as pro wrestling star turned mixed martial artist Alberto Del Rio (nee José Alberto Rodríguez) says he recently fended off a knife attack – and shared images of the injuries he sustained in the process.

Del Rio detailed this horrific attack in a post on his Instagram page. His statement read as follows:

“Mr. Rodriguez (“Alberto El Patron”) shortly after eating a meal before his flight was assaulted by a criminal with a knife outside the restaurant. Mr. Rodriguez suffered multiple lacerations on his arm and other parts of his body defending against the criminal as Police were called by witnesses. Mr. Rodriguez received medical attention and went back to the Police Department and was unable to make his flight.”

The statement also explained that Del Rio would not make a scheduled appearance in Mexico, and shockingly, that he plans to compete in the United Kingdom this weekend in spite of his injuries.

“Mr. Rodriguez has spoken with the ownership of Lucha Libre AAA WorldWide and given them documentation of the incident. Mr. Rodriguez greatly regrets not being there yesterday for his fans in Mexico and promises to everyone he will make this up as soon as possible. Despite the graphic lacerations, Mr. Rodriguez will not miss any of his shows for the remainder of the year and is ready to compete this weekend in the UK.”

Del Rio also shared images of the injuries he sustained as he fended off his attacker. See those below – but be warned, they’re GRAPHIC.

In addition to his experience in the pro wrestling arena, Del Rio racked up a respective 9-5 record as a mixed martial artist. Over the course of his run as a professional fighter, he secured 2 victories by knockout, 7 by submission, and perhaps most notably, became one of the many victims of Mirko “Cro Cop” Filipovic’s legendary head kicks in his lone appearance under the Pride banner.

The pro wrestler’s experience as a mixed martial artist is likely to have played a large part in his ability to fend off his armed attacker. 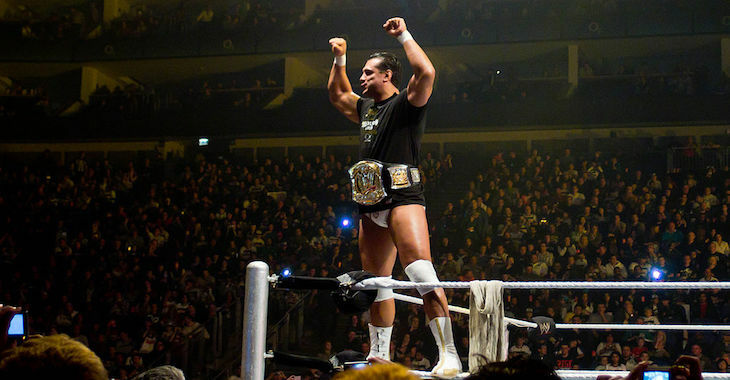 What do you make of this unfortunate attack on Alberto Del Rio? Sound off, PENN nation!