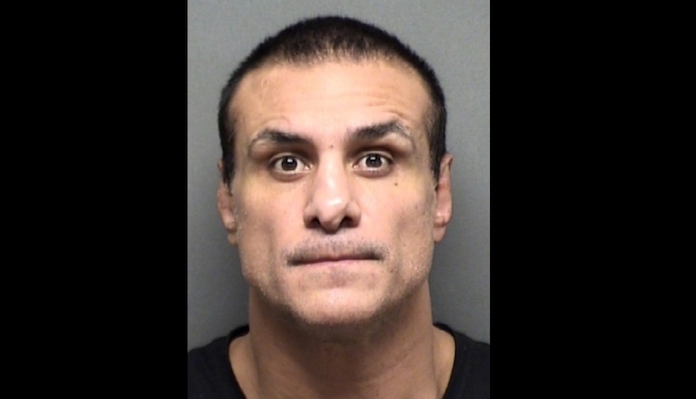 Former WWE champion and mixed martial artist Alberto Del Rio has been charged with four counts of sexual assault and one of aggravating kidnapping, according to a report from TMZ.

The incident in question occured in San Antonio, Texas, in early May, when Del Rio (née Jose Rodriguez Chucuan) allegedly attacked his former girlfriend because he believed she was being unfaithful.

The alleged victim claims that Del Rio destroyed her cellphone and her laptop, attempted to burn her passport, and wouldn’t let her leave from roughly 10:00pm on May 3 until 2:30pm on May 4. During this period, Del Rio allegedly struck and choked her, inflicting multiple injuries and leaving her “woozy and dizzy from the hits to her head.” Del Rio allegedly forced a sock into the woman’s mouth to “keep her quiet,” which made it difficult for her to breathe, and sexually assaulted her. The woman says she did not consent to any sexual activity with Del Rio during the incident.

The responding officer reportedly found bruising on her face, arms, legs and neck.

Outside of his stint with WWE, Alberto Del Rio competed in 15 mixed martial arts bouts. The pro wrestling transplant fought extensively under the Deep and PRIDE banners, most notably coming up short against PRIDE stalwarts Mirko “Cro Cop” Filipovic and Kazuhiro Nakamura.

Del Rio last fought in 2019, when he ended a nine-year hiatus for a fight with former UFC light heavyweight champion Tito Ortiz under the Combate Americas banner. Ortiz won the fight via first-round submission, pushing Del Rio’s pro record down to 9-6.