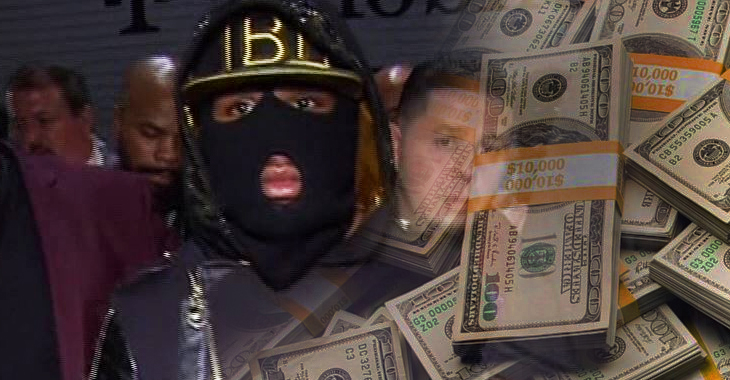 They don’t call him “Money” Mayweather for nothing. Floyd Mayweather came out of retirement to fight Conor McGregor in what turned out to be a very smart business move. Just showing up in the arena on fight night earned Mayweather $100 million. With the endorsements, pay-per-view cut and other unspoken bonuses, Mayweather probably doubled or even tripled his winnings. Oh yeah, not to mention he won a solid gold belt that is packed with 4,260 precious stones. All of this led to Floyd Mayweather comparing the boxing match to a bank robbery. A robbery he thinks should land him in the Guinness Book of World Records.

I'm going in the Guinness Book of World Records for that heist. @PhilippPlein78 #TMT #TBE pic.twitter.com/2d5AdmA9lg

“To us in the boxing culture, we were kind of laughing about it because it’s Floyd Mayweather’s ode to the movie ‘Dead Presidents.’ Where he put the ski mask on because it’s a bank robbery. Basically he was saying it was a heist. Like Conor actually believed he could beat Floyd Mayweather and all that happened was he got fooled into the biggest pay-per-view, the biggest payday opportunity of all time. That’s why he put on the ski mask, which I thought was pretty awesome.” –  Angelo Reyes from the Fight Society podcast explaining Mayweather’s mask. It’s not the first time this comparison has been made. While Floyd Mayweather hadn’t come right out and said it until now, the mask he wore during the walk-out was to pay homage to the mid-90’s crime thriller, Dead Presidents. Obviously the comment accompanying his Twitter photo is tongue-in-cheek, although Mayweather actually may be on to something about setting a record if early numbers are of any indication.