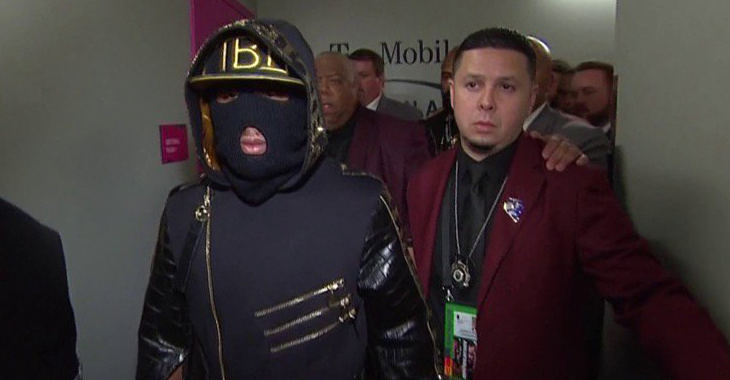 For what has been talked about as the richest fight in the history of combat sports, Mayweather gave the viewers something to talk about as he walked out dressed in black attire with a black ski mask on.

MMA striking and boxing coach Angelo Reyes has known Mayweather for years and spoke about the meaning behind the mask. Although Reyes isn’t a coach of Mayweather’s, his connection to the undefeated boxer and the boxing community gave Reyes the insight to explain Mayweather’s face mask as many were trying to get an understanding of it all.

“To us in the boxing culture, we were kind of laughing about it because it’s Floyd Mayweather’s ode to the movie ‘Dead Presidents.’ Where he put the ski mask on because it’s a bank robbery,” Reyes said on the Fight Society podcast (transcribed by MMA Weekly).

“Basically he was saying it was a heist. Like Conor actually believed he could beat Floyd Mayweather and all that happened was he got fooled into the biggest pay-per-view, the biggest payday opportunity of all time.

“That’s why he put on the ski mask, which I thought was pretty awesome.”

Even if McGregor was “fooled” into the biggest payday of his career, it was nonetheless an exciting fight for fans to watch as McGregor showed signs of success in the early rounds. However, Reyes claimed that it was a walk in the park for Mayweather.

“If you don’t know boxing, then you won’t understand why that was such an easy fight for Floyd.”