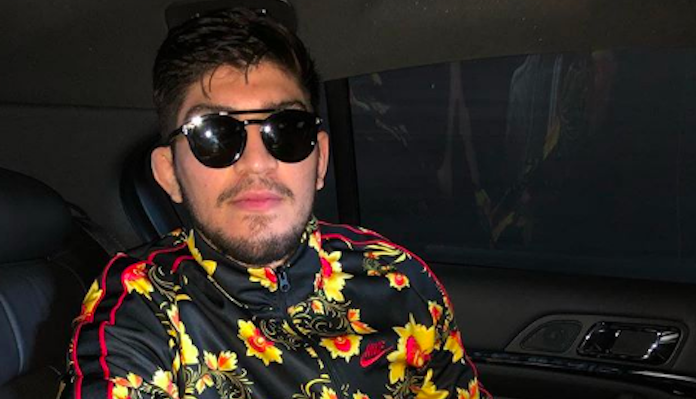 No celebrity is safe from Dillon Danis.

Earlier this week, the Conor McGregor stablemate responded to some recent comments from Steven Seagal by challenging the 66-year-old actor to a fight in the Bellator MMA cage.

Danis made his callout of the rapper and YouTuber after Paul expressed his desire for a fight with Soulja Boy, and Soulja Boy clapped back.

“I might have to spank both you kids in the same night,” Danis wrote on Twitter, threatening to lay consecutive beatdowns on both celebrities.

Dillon Danis, a decorated submission grappler, made his MMA debut in 2018, submitting the outmatched Kyle Walker in the first round. The polarizing submission specialist was briefly expected to return to the cage at Bellator 214 in January, but was sidelined when he was suspended by the Nevada State Athletic Commission (NSAC) for his brawl with UFC lightweight champ Khabib Nurmagomedov at UFC 229.

While Nurmagomedov, Conor McGregor and the other parties involved in this brawl have now been disciplined by the NSAC, Danis still hasn’t, which means his desired scraps with Soulja Boy and Jake Paul will have to wait — that is, if they are to be legal.