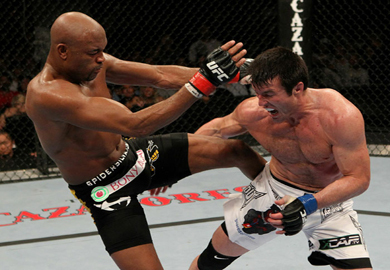 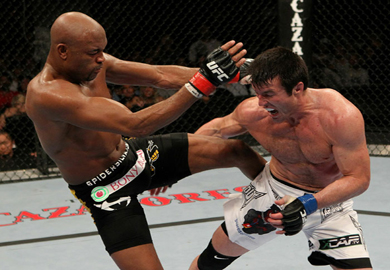 The trailer for “UFC 148: Silva vs. Sonnen II” was released just hours ago, and it gives the rematch even more of a “big fight feel” than it already had.

At UFC 117, Anderson Silva stepped into the octagon to defend his UFC Middleweight Title against top-contender Chael Sonnen. Knowing that numbers are only half the battle when it comes to being in the main event, Sonnen took almost every media appearance and trash talked his way into the hearts of millions of fans around the world. Either fans loved him or hated him with all their hearts, but one thing is for sure: Anderson Silva hated him. Silva wanted to put an end to this trash talk and embarrass Sonnen in the octagon as much as Sonnen embarrassed him on-air. What he walked into, however, was the toughest fight of his career.

Chael Sonnen dominated the first four rounds in impressive fashion and it seemed as if Chael had Anderson’s number. Whether it was grappling on the ground or standing and striking, Sonnen seemed to have the upper hand anywhere they went. If Anderson Silva didn’t adapt quickly, we would have seen a new champion in the middleweight division for the first time in almost seven years. Luckily for Silva, he slapped on a triangle choke/armbar submission hold that gave Sonnen no other option than to tap out. Crushed, Chael walked out of the ring fighting back tears and feeling dejected. Sonnen will get a second chance on July 7 2012 at UFC 148.

UFC 148 is set to take place on July 7 2012 in Las Vegas, Nevada at the MGM Grand Garden Arena. Anderson Silva and Chael Sonnen are set to main-event the card while Urijah Faber and Renan Barão will fight in the co-main-event for the UFC Interim Bantamweight Title.