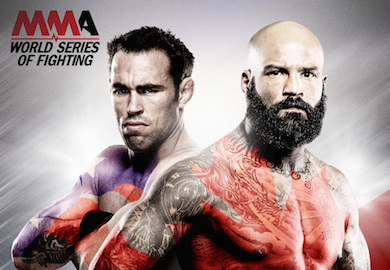 The World Series of fighting returns to action tonight, on the NBC Sports Network. with ‘WSOF 14: Shields vs. Ford’.

The video player above will enable fight fans to catch the preliminary portion of tonight’s card, while giving international fans full access to tonight’s main card as well. This comes free of charge to BJPENN.COM fans, so enjoy!