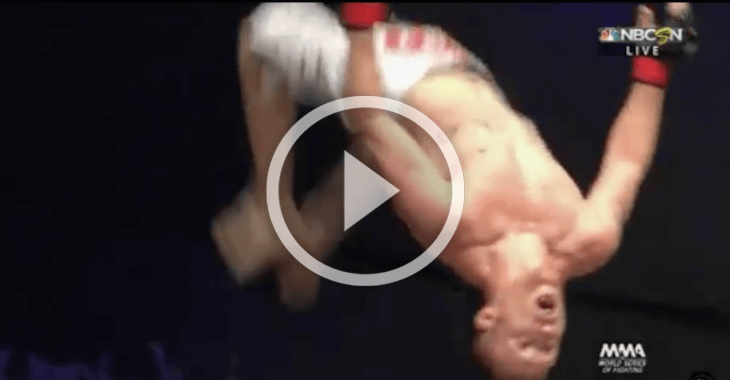 It was a rematch from their previous fight, which Gaethje won via TKO in round 3. This time around it ended in the second when Gaethje landed a massive right hand that dropped Palomino.

After the win, in a moment of pure adrenaline, Gaethje did the old backflip off the top of the cage move. It went smoothly, until he landed. The champ nearly blew out his knee landing and falling backwards into a roll.

It was anything but a perfect 10 in the eyes of this judge.