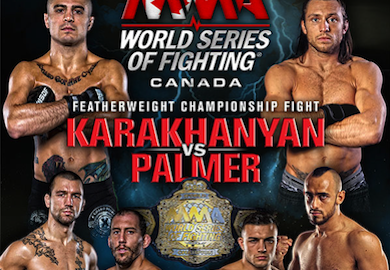 The World Series Of Fighting promotion returns to action tonight with WSOF 7.

WSOF 7 marks the promotions Canadian debut and puts their inaugural featherweight title up for grabs.

International viewers will be able to view tonight’s event in its entirety using the player above, while North American’s will be cut off after the preliminary card and forced to switch to the NBC Sports Network for the televised main card.