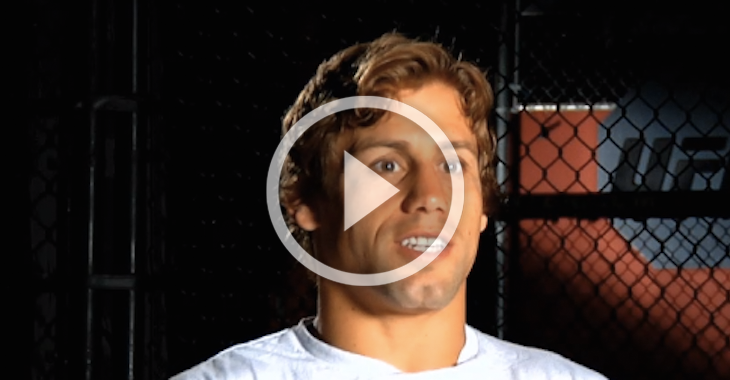 Faber talked quite a bit about the current look of the featherweight division, which he will be returning to in his fight with Frankie Edgar. Of course Faber says he doesn’t want to fight his teammate Chad Mendes, but did say there is a big fight out there that he could see happening. Check out what he had to say below:

“I want to do big fights, so I think there’s a lot of big fights out there for me. I don’t think Conor McGregor’s going to win, but I wouldn’t mind fighting him.”

“I think it’s a real close fight. I think the biggest difference is–Conor’s got really really big powerful standup, his kick are OK they’re kind of more flashy than anything. He’s bigger than Aldo, he’s slower than Aldo and he’s less dynamic, meaning Aldo can kick, he can do jump knees, he can submit guys. Conor I don’t think has as much diversity in his weapons. He’s dangerous and he believes in himself, which is the most dangerous thing. That’s not an act, he really thinks he’s going to be the champ.”

“I think Aldo’s going to get him.”

“Here’s the thing I will say about Conor. He hasn’t been tested at all, as far as another person that believes in himself. Like some pretty good guys he’s fought, but to his credit he’s dismantled those guys.”

“There’s give in him, he’ll give up. He’s proven that. He lost in the first minute two times to submissions.”

Would you guys want to see Faber vs. McGregor? Sound off in the comments.

Check out the clip below: