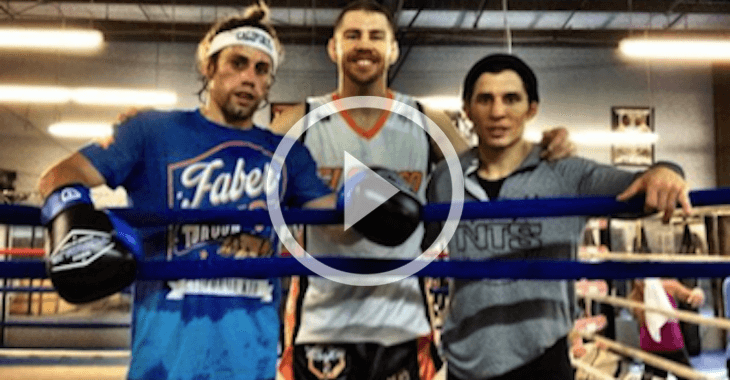 Urijah Faber is ready to put all of this Duane Ludwig nonsense behind him. The Team Alpha Male fighter appeared on Tuesday’s episode of Stud Show Radio and said that it would be the last time he talks about all of.

Faber explained how it felt good to finally get it all off his chest. Check out some of what he said below, but watch the full clip in the video below, it’s definitely worth the listen.

“It was a huge load off my chest. Keeping that on the DL and basically letting this guy probably manipulate a ton of people with his affiliate program and just be an all around bully and tyrant for a long time.

“I guarantee you because it’s good for business he’s trying to act like we still have a good relationship, when he’s out trying to sue me for BS and talking bad about the team.”

“When he left our team, he was here for about a year and three months, he left our team, he was in Colorado posting old pictures acting like he was still in our gym and lobbying to be coach of the year for a second year. He wasn’t coaching Chad [Mendes], he wasn’t coaching Joseph [Benavidez], but he’d show up to their fights and he had this whole facade like he was still coaching people on our team, Lobbying for-promoting his shirts with like ‘Bang’ ‘Coach of the year’ for the second year. He didn’t even coach anybody. Even Joseph was like ‘who is he coaching?’, Chad was like ‘who is he coaching?'”