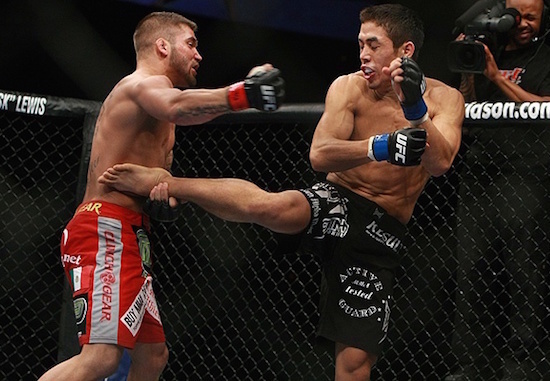 “From start to finish, I think this might be the most exciting card we’ve ever put together for NBCSN,” World Series of Fighting President Ray Sefo said. “The two championship fights are absolutely incredible, and Sheymon Moraes vs. Gabriel Solorio looks like a fantastic matchup, as well. Now we’re seeing a superstar-in-the-making in Brenson Hansen meet an undefeated challenger looking to build his own name in Josh Berkovic. Then you have top prospect Lewis Gonzalez returning to the World Series of Fighting decagon against a battle-tested fan-favorite in Justin Buchholz.

“I think we’re in for a very special night of fights.”

Tickets for the event, which start at just $50, are available at WSOF.com.

Meanwhile, the undefeated Josh Berkovic is fresh off his stint as a coach of Team Melendez on “The Ultimate Fighter 20: A Champion Will Be Crowned.” A California native, Berkovic fought most recently in February, earning a first-round submission win over gritty veteran Anthony Avila. The result was Berkovic’s third straight first-round finish.

California’s Lewis Gonzalez is one of the most talented featherweight prospects on the World Series of Fighting roster who opened his professional career with nine consecutive wins, including an upset of Antonio McKee in his first fight for the promotion. Gonzalez returned in August, where he suffered a knockout loss to Luis Palomino in a thrilling standup war. He now looks to rebound from the first defeat of his career.

Meanwhile, Justin Buchholz will enjoy home-field advantage as a key member of Sacramento’s Team Alpha Male. The 31-year-old, who is often seen in the corner of teammates Urijah Faber, T.J. Dillashaw, Chad Mendes, Joseph Benavidez, Danny Castillo and Andre Fili, among others, returns to the cage for the first time since a five-round loss to Clay Collard in September 2013. Prior to the loss, Buchholz had been 6-1 in his previous seven appearances.

The complete lineup for “World Series of Fighting 16: Palhares vs. Fitch” now includes: