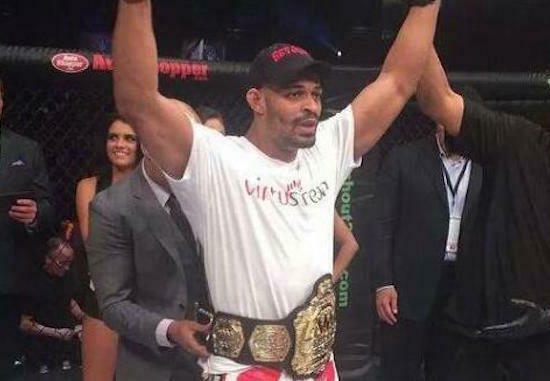 “It was actually a crackhead on a 157th Street and Crotona Avenue. I bought a UFC 3 tape from a crackhead at a chicken store, and I bought it for eight dollars, or six bucks, something like that, and I went home and watched it with my brother and I said this is what I want to do.”

“I went home to get a six-pack of beer, and I sat down and watched the UFC with my brother,” Branch said. “And we’re smoking a joint, and I said I want to do this, and he looked at me and said ‘get the hell out of here, you’re being weird.’ Six years later, I’m inside the Octagon at the MGM Grand.”

Four fight UFC veteran and current WSOF fighter, David Branch, recently told MMAFighting.com’s Ariel Helwani how he learned of MMA, and the story behind his start in the sport.