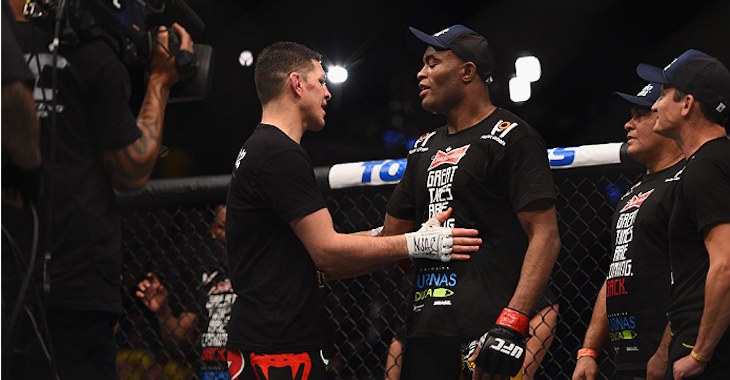 The MMA community was both shocked and disappointed when the news that longtime great Anderson Silva had failed a pre-fight drug test prior to his fight with Nick Diaz at UFC 183. Silva tested positive for the steroids drostanolone and androstane.

Palmer’s questions represent a large portion of the MMA community who are left baffled by the news.

Chris Holdsworth gave his opinion on the matter, calling for the MMA great to call it quits:

“Retire man. It’s like, you’re at a certain age, you’ve been through everything, you’ve been through the spotlight, like what more do you have to accomplish? Your family wants you to retire, your family wants you to stop. It’s like, you’ve got millions already, you’re the biggest star in Brazil or one of the biggest in Brazil, it’s like come on man. Go to coaching or do something else, I think you need to know when to retire and know when you need to stop fighting.”

Catch the full conversation and the rest of the episode, along with past episodes at www.teamalphamaleradio.com.We have embedded the segment of the show in question below for you to catch more on the subject. It’s worth a few minutes of your day!