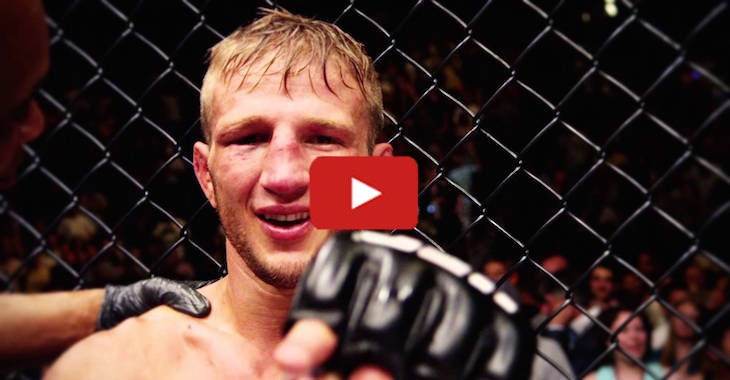 During the popular video podcast the TAM members took calls from listeners. One of the callers asked the champ to make a prediction for his upcoming title defense against former champion Renan Barao.

Check out his reply:

“He’s a very good fighter so I’m not going to say the first round. I think I’m going to pick him apart until the third round, I’m going to make him fold with my pressure and most likely I’m going to TKO him. You never know, I might snatch up a quick submission. I feel like my grappling is better than his as well, so he better be on his toes for that, but I’m predicting a third round TKO.”

The two bantamweight superstars square off in the UFC 186 main event on April 25.

A replay of the champ’s comments have been inserted above. Hit play and enjoy!