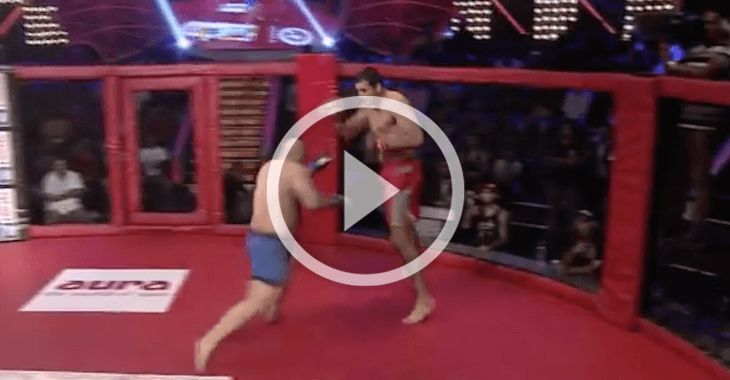 Fedor Emelianenko will return to action on New Years Eve and headline a big event in Japan. We’ve known that since it was announced at Bellator’s ‘Dynamite’ event.

However, there has been no word on whom his opponent would be. There have been rumors and theories but nothing official. The promotion is set to hold a press conference this week and it’s expected that his opponent will be announced then. However, according to a report from MMAFighting, we have a pretty good idea of who that will be.

The report says that it will be 6’6 kickboxer Jaideep Singh. Singh has had a good amount of kickboxing matches but currently has only competed in one MMA fight. Yup, one MMA fighter vs. Fedor Emelianenko.

Anyway, you can check out that one fight above and see what the heavyweight brings to the table.