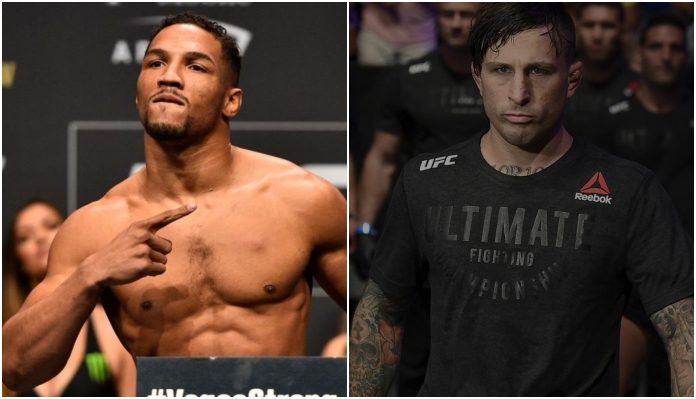 Former UFC interim lightweight title challenger Kevin Lee is reportedly ready to return to the lightweight division, and he’s got an undefeated opponent waiting for him. MMA Junkie was first to report that Kevin Lee vs Gregor Gillespie is being discussed for UFC 244 on November 2nd in New York.

Currently on a two-fight skid, this reported fight will be the first for Kevin Lee with his new camp and coaches at Tristar in Canada. Following his move from Las Vegas to Canada, Lee said the opportunity to train with former welterweight champion Georges St-Pierre was the reason behind his move to Tristar.

Awaiting Lee’s return to the lightweight division will be the undefeated and rising contender Gregor Gillespie, who most recently got a second-round TKO victory over Yancy Medeiros in January. Since entering the UFC in 2016, Gillespie, known for his wrestling, has reeled off six straight wins, and now faces his biggest opponent to date in Kevin Lee.

While he has not been known to call out opponents, Gillespie changed it up and called out former UFC lightweight champion Anthony Pettis, as Gillespie targeted his opportunity to get on UFC 244 in his home state of New York.

The fight between Kevin Lee and Gregor Gillespie is a fight the UFC had reportedly been looking to make earlier this in year, as it was discussed in February that the promotion was trying to book these two against each other. It will now happen at UFC 244 where Jorge Masvidal and Nate Diaz will face each other in the main event, with the “BMF” title on the line.

Who do you have in this battle of lightweights, Kevin Lee or Gregor Gillespie?