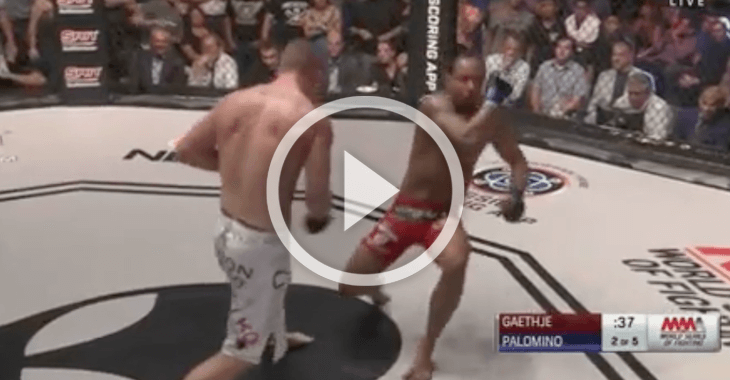 Friday night at WSOF 23 fans were treated to another slugfest in the night’s main event. The first fight between lightweight champion Justin Gaethje and Luis Palomino was an epic war until Gaethje ended it in the third round with brutal leg kicks and punches.

This time around he ended things a little quicker and dropped Palomino in the second round with a massive punch.

He followed up with some ground and pound until the referee stopped the fight. Fans weren’t sure if the second fight would live up to what the first one achieved but man, it sure felt like it did.