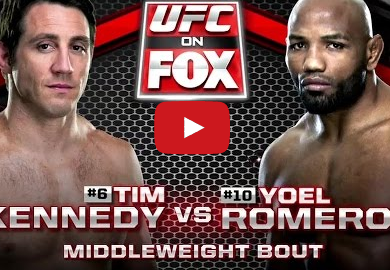 On the main card of UFC 178, Yoel Romero defeated Tim Kennedy in the third round via TKO. The bout wasn’t without controversy however, after nearly being KO’d at the end of the second, Yoel Romero was able to get an extra 20-30 seconds between rounds after too much Vaseline was applied to his cut on his eyebrow. At the start of the third round, Romero came out dominant and TKO’d Kennedy.