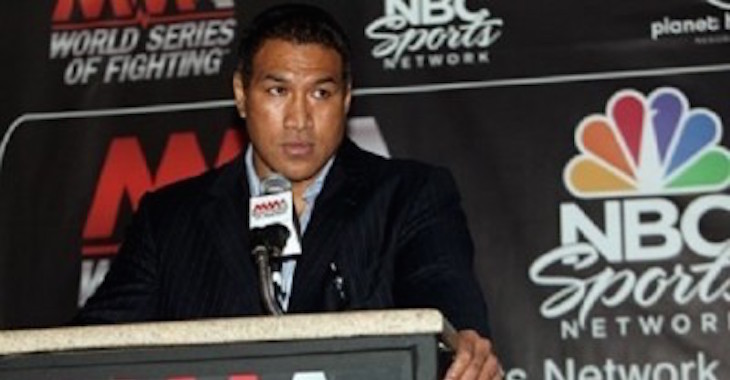 Ray Sefo may be 44 years old, but that hasn’t slowed down the fighter in him.

The WSOF President hasn’t fought since an early WSOF event in 2013, and hasn’t won a fight since 2010, but he would still like to fight one more time in either MMA or kickboxing.

He spoke to Sherdog:

“I would love to fight one more time. But it’s a matter of timing and what makes sense. If time permits and it makes sense, then I’d like to fight one more time, but I think I have to be real and honest with myself and realize that time is ticking away for me. I don’t have long to fight again. I was kind of thinking by the end of this year. The timeline could be longer, but now I’ve said it out loud and I want to be true to myself. Time is a factor, but honestly, it’s a matter of timing and whether the right opportunity presents itself. If everything aligns, you’ll see me fight again.”

“I love both kickboxing and MMA, so I’m open to whatever presents itself. I’m in the gym every day. I still spar two or three times per week and drill in the mornings. Should I get a fight, the only difference would be that the intensity level would go up. For me, fighting is something I enjoy. I enjoy the competition, discipline and respect. The main factor for me is making time to train for a fight; and I’m not getting any younger. I don’t want to get in there and look like an old man and be slow.”

Do you think Sugar Ray Sefo still has it in him to pull off one more victory? Sound off below PENN Nation!