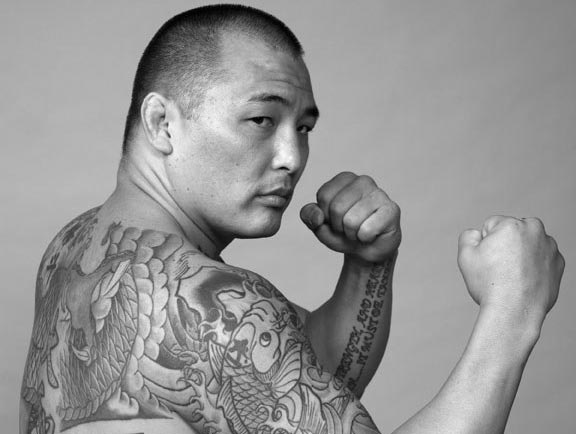 Were the fights rigged, was everyone on steroids, did PRIDE FC have connections with the Yakuza? These are all questions that have been debated by fans of the sport for a while. There have been fighters who have come out and made statements about their time in PRIDE, and most of them have not been in defense of the organization.

Now, another former PRIDE fighter, Enson Inoue, has come forward with information that may answer at least one of the questions above. The PRIDE veteran posted what is allegedly his PRIDE contract. This picture shows the companies stance on drug testing:

The picture was captioned: Like I said before, in the Pride contracts, it was specifically stated that they were not testing for steroids.

Clearly you can see that they were focused on testing for illegal narcotics like cocaine and marijuana, but that last part says performance enhancing stimulants are specifically excluded from the test. So what does that mean? It means that all the fighters knew that they would not be penalized for using steroids, therefore, I’d say it’s safe to assume that A LOT of fighters were in fact using performance enhancers.

So does this matter? Yes and no. Of course it puts a damper on our memories of some of the most memorable fights in PRIDE history, but then again, does it really? For one thing we don’t know (and most likely never will know) who and who did not use. And let’s be honest, PRIDE will always be PRIDE in the eye’s of a fan. Our memories can still exist, their just a little watered down now. Plus this isn’t exactly a shock to anyone.