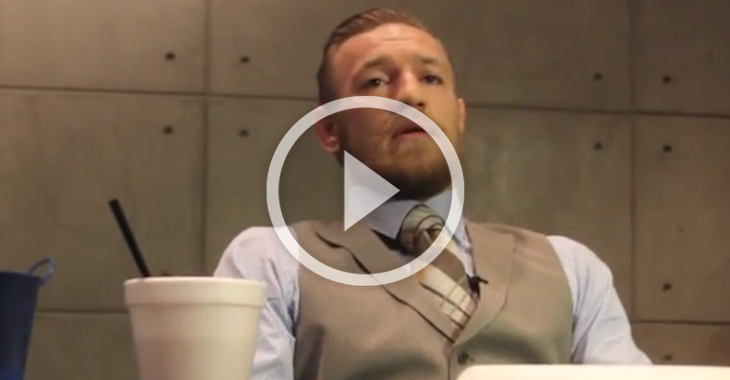 Conor McGregor will be fighting in the biggest bout of his mixed martial arts career when he steps into the octagon against Jose Aldo at UFC 189 in July. McGregor just recently relocated his camp to “Sin City” and decided to treat his ‘mates by putting them up in an absolutely stunning mansion.

The mansion can be seen in the video above and McGregor has dubbed it, “The Mac Mansion”. The house contains seven bedrooms and is just off the Vegas strip— it looks like it has it all!

I have secured myself and my team a 7 bedroom, 12,000 square foot gated estate, just off the Las Vegas strip.

Welcome to The MAC Mansion. http://t.co/v3qGejzJOm