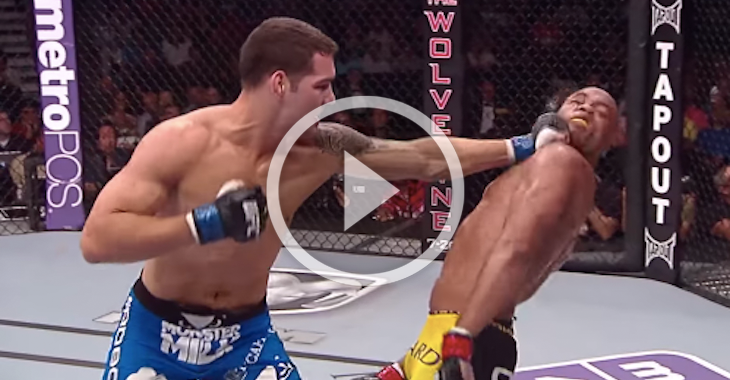 In one of the biggest upsets in the history of the sport, Chris Weidman burst on the the scene in a big way when he KO’d the greatest of all time, Anderson Silva, at UFC 162. Weidman makes his third title defense against Vitor Belfort at UFC 187.