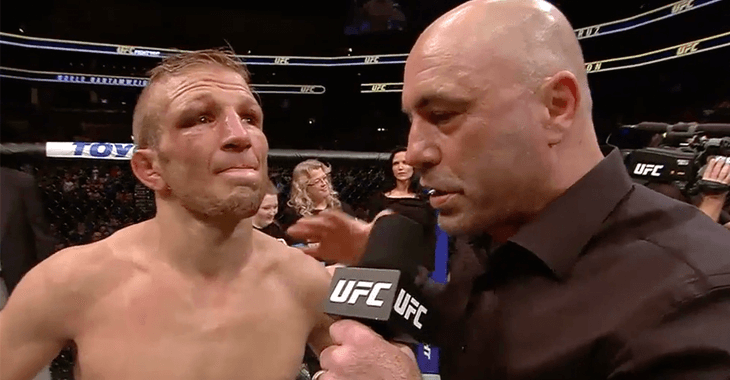 Former champ TJ Dillashaw lost his title over the weekend, but the 25 minutes in the octagon may of been the most ‘drama free’ time for Dillashaw will be having these days. Duane Ludwig seems to be going on the defensive and letting everyone know that he is the reason where Dillashaw is at in his career ‘success wise’ and Urijah Faber had little to do with the former champs success.

“In my eyes, I don’t think Faber ever did much for T.J.,” Ludwig said. “If you want to put on a loyalty stamp, I felt like I’ve done a lot more than Faber has. That’s for sure.”

With everything that Faber and TAM has done for TJ Dillashaw, is it fair to say he hasn’t done much with the former champs success?