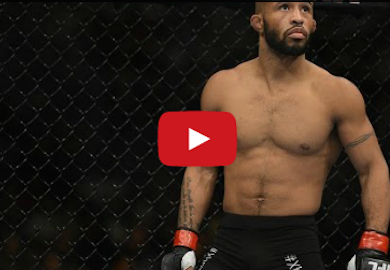 This weekend from Vancouver’s Rogers Arena, Demetrious ‘Mighty Mouse’ Johnson will attempt to defend his UFC flyweight title for the fourth straight time.

Last night he discussed his first pay-per-view headliner and what he expects:

Demetrious Johnson on his fight against Bagautinov: “He’s a two-time world combat Sambo champion. I’m excited to get in there and test my skills against him.”

Johnson on his improvement: “I always get better working with Matt Hume. After this fight, I’ll be able to talk about things we’ve been working on for this fight. I’ve been with him for two years straight.”

Johnson on how he’ll beat Bagautinov: “He looks like a very durable guy. If I need to beat him up for 25 minutes, I will. The speed advantage, that’s what I’m known for.”