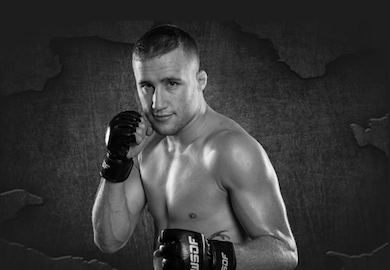 Justin Gaethje proved the bookies were not wrong in labeling him a heavy favorite to win the title tonight.

Richard Patishnock started the fight off strong when he pushed his opponent against the cage and landed a strong hook. After that though, it was all Gaethje.

Gaethje bounced right back by spinning Patishnock against the cage and dropping him with a left hook/knee to the head combo. From there, Gaethje was essentially teeing off on Patishnock until the referee called a stop to the fight.

Richard Patishnock stayed standing and awake, but his back was pressed against the cage and he wasn’t blocking or punching back. It was a reasonable stoppage.

Justin Gaethje def. Richard Patishnock by way of TKO (Strikes) 1:09 of Round 1