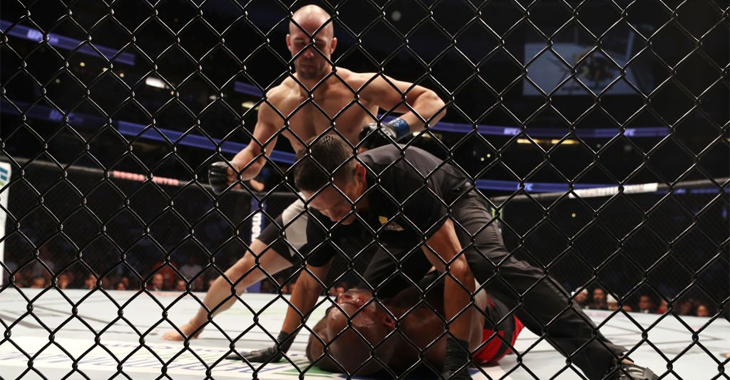 Despite ‘aggravated battery causing bodily harm or disability‘ charges UFC light heavyweight contender Volkan Ozdemir has found time to continue his training for what very well may be a title shot in his eventual return to the Octagon.

“No Time to be distracted Oezdemir’s bond was set shortly after being arrested for an altercation in August.

While not yet official, Oezdemir looks poised to become the next title challenger what was once the UFC’s premiere division. Current champion, Daniel Cormier, sits atop the division after a UFC 214 loss to Jon Jones was changed to a No Contest after Jones’ in-competition drug test came back positive for turinabol.

Oezdemir’s march through the division has been much smoother. After a decision win in his UFC debut against Ovince Saint Preux, knockouts over Misha Cirkunov and Jimi Manuwa were added to Oezdemir’s record.

This is Oezdemir’s first public statement since the incident, but things seem to be looking up for the light heavyweight contender. If Oezdemir’s legal woes force him out of line for the next shot at the title however, Cormier is fine with moving to ‘the next guy‘. Between Rumble’s retirement and Jones’ absence, however, the top of the division was already in need of an exciting contender. .