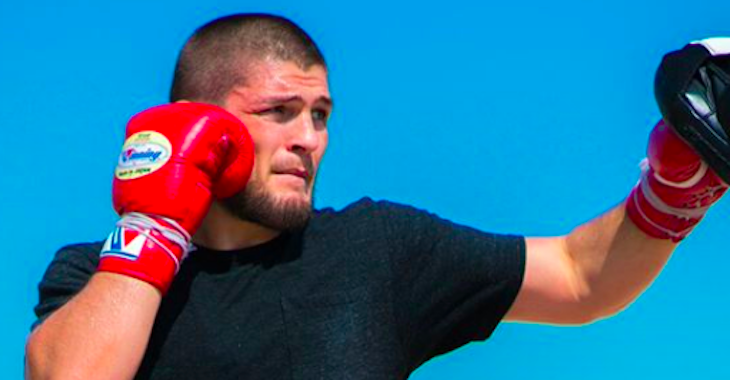 While Jose Aldo was surprisingly understanding of Conor McGregor‘s infamous rampage at Bellator 187, Khabib Nurmagomedov is not.

Speaking on the Talk and Talker Podcast, Nurmagomedov went off on McGregor for his actions, suggesting he should have calmed down when he was told to leave the cage, and that he never should have gotten physical with the referee.

“My very good friend fought for a big organization in Europe at 57 kgs, 125 [pounds],” Nurmagomedov said (h/t Jed Meshew of MMAFighting.com). “When he win, I do same s**t. I come inside and I hold him because I’m very happy. I’m jumping on the cage, I come inside. A lot of people come inside, my friends, my teammates, because we’re very happy but when referee tells me, ‘Hey, you guys have to go out,’ I don’t try to fight with him because I know referee is not professional fighter, he’s referee. I have to respect rules. But I go crazy a little bit after I understand, ‘Hey, this is not good. I have to stop this,’ and I try to tell my friends, my teammates that we have to go out.”

“I don’t understand this one. When you come to inside the cage because you’re very happy about your friend’s win, it’s okay, but try to fight with referee, this is not good.”

Nurmagomedov then suggested that the UFC should make an effort to humble the superstar McGregor, who has been acting out quite a bit lately.

“I don’t understand why he can do but other guys cannot do,” he said. “Because he’s Conor McGregor? He cannot do this. The UFC has to make him humble a little bit because other guys say, ‘Oh, Conor do this? He can do this but why I not?’ This is why sometimes you have to follow rules when you’re a big name, because a lot of people are watching you.”

“When you jump inside the ring, okay, but when you try to fight with referee, this is not good.”

Do you agree with Khabib Nurmagomedov on this one?