Combat sports veteran Melvin Manhoef is certainly one of the most credentialed fighters on the planet today. With over 50 professional kickboxing matches that saw him win the ‘It’s Showtime’ championship, in addition to 46 professional MMA fights that have seen him pick up arguably some of the most devastating knockouts in recent memory, ‘No Mercy’ is a man to be feared. 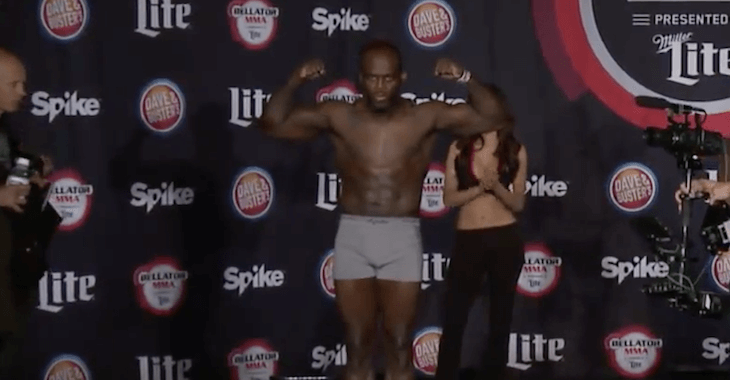 Interestingly enough, when Dutch YouTube star ‘Qucee’ hit 200,000 subscribers on the popular video streaming platform, he decided to celebrate the feat by challenging Manhoef to a boxing sparring session for his channel.

Although Qucee stood over a full head taller than Manhoef, and weighed nearly 100 pounds heavier than the Dutch combat sports veteran, the YouTube star was in for a rough time as he was dropped with body shots multiple times over the course of the three, 3-minute rounds.

Fortunately, Qucee took the pounding like a champ, and both men appeared to have quite a bit of fun with the comical sparring session. 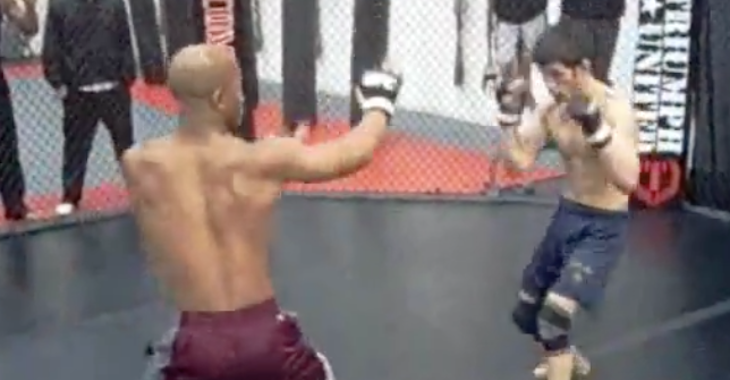 This isn’t the first time a YouTuber has challenged a fighter, however in most other cases, things aren’t as light-hearted. Quite some time ago, a man claiming to be a ‘ninja’ challenged UFC bantamweight champion Dominick Cruz to a sparring session, and unsurprisingly was handed quite the beatdown. Another infamous incident of someone challenging a fighter was when an internet troll walked into former fighter Josh Neer’s gym, and was handed quite the beatdown as well.

Check out the footage of Manhoef vs. Qucee above!

This article appeared first on BJPENN.COM
Previous articleVIDEO | 8 Amazing Finishes From UFC 205 Fighters
Next articleLuke Rockhold’s statement on injury that forced him out of Jacare Souza fight
© Newspaper WordPress Theme by TagDiv