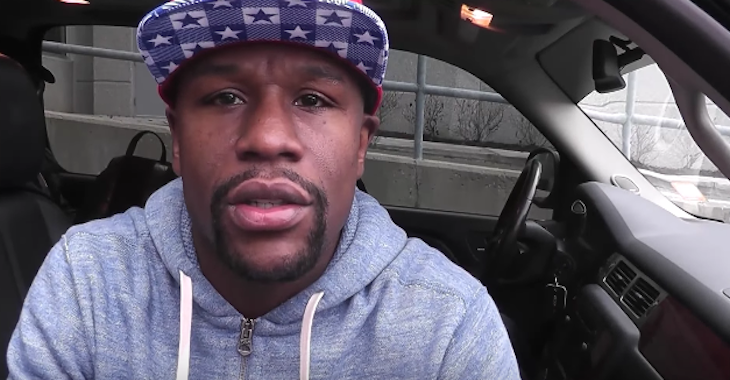 Late last month, in the main event of UFC 207, Ronda Rousey stepped into the Octagon for the first time since she was knocked out by Holly Holm in November of 2015. Unfortunately for her, this long-awaited comeback did not go as she planned, as she was mauled by reigning women’s bantamweight champion Amanda Nunes in just 48 seconds.

In the wake of Rousey’s emphatic knockout loss, many members of the MMA community have wished her well and speculated on what the future holds for her. Now, boxing great Floyd Mayweather has done the same, and despite the animosity between him and Rousey in the past, he was actually quite kind.

In an interview with FightHype.com, Mayweather explained that Rousey’s loss probably had a lot to do with her layoff, and implored her to keep her head held high.

“I think with her losing, it had a lot to do with time off,” the boxing icon said. “She maybe should have competed against another female fighter that wasn’t as active as the female that she faced. I think she was rugged and tough, so we can’t anything away from the girl that she faced. The girl that Ronda Rousey faced, she was a tough competitor. You know, she was the better woman that night. Ronda Rousey has a lot left, she has a lot left. I don’t want her to think this is the end of the world. She’s hearing this from the best. She’ll be ok. Ronda Rousey, hold your head up, you’re still a true champion in our eyes. You made women’s MMA huge. So stay focused, go back to the drawing board, and do what you gotta do. 2017 is a whole new year. That was last year. That was 2016. Now it’s 2017, so you’re undefeated this year. Come back, champ.”

Do you think Ronda Rousey will ever return to the Octagon? Sound off, PENN Nation!