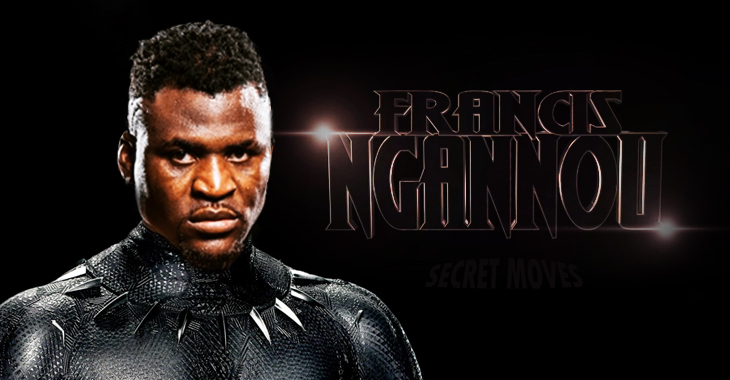 On February 16th, MARVEL’s highly anticipated Black Panther film will release in theaters, but this weekend another African superhero will step into the spotlight. Francis Ngannou has carved a trail from Batié all the way to Boston; from the sand mines to a gold belt. His story is a movie waiting to be put on the silver screen in and of itself. There is no question that Saturday is the hypothetical film’s climax. He’ll be fighting Stipe Miocic for the UFC heavyweight title. Such a huge event deserves a promo worthy of the moment. R/MMA contributor MikeFightPromoEditor stepped up to the challenge and absolutely nailed it.

Set fittingly to ‘Legend Has It’ by Run the Jewels which was featured in the Black Panther trailer, the hype video takes you back through Francis Ngannou’s journey while adding to the lore he’s built up with record-breaking power. You see knockout after knockout, interspersed between Joe Rogan and Dana White singing the Cameroon’s praises. No question the UFC wants Ngannou to be larger than life. They’ve polished the throne. He has been granted the shot. Now the fate lies in his huge hands to grasp everything he’s fought for these last few years.

Francis Ngannou doesn’t want to just achieve this for himself, but for his people. Just like Black Panther’s King T’Challa returning to Wakanda, Ngannou wants nothing more take the UFC belt home and inspire men, women and children that anything is possible. For the surging heavyweight contender, Miocic is the enemy that threatens to tear down his dream from reality. He will do absolutely everything to hold on to his belt and make history for heavyweight title defenses, while there is no question that Francis Ngannou will stop at nothing to complete his pilgrimage to greatness that led him to UFC 220.