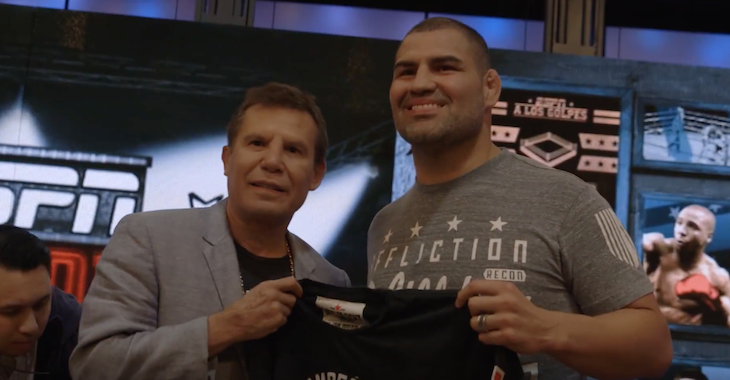 Boxing legend Julio Cesar Chavez met with Velasquez after the UFC 200 Press Conference, where he offered an invitation to train the former heavyweight champ.

“I’ve seen your videos. You’re hitting the bag hard. Looks good. We can train whenever you want, so you can hit him harder.”

To which Velasquez responded with

Chavez, a boxing legend, compiled an incredible 107-6-2 record during his time as boxer before he retired in 2005 at the age of 42, earning the reputation as one of the greatest boxers of all time.