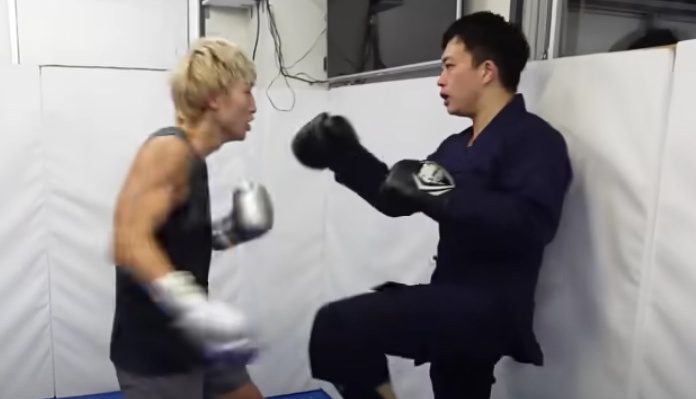 When you put a self-proclaimed kung-fu master against a K1-Grand Prix winner, things probably aren’t going to go so well.

As fans of mixed martial arts and all the elements that come with it, we all know what it takes to be a high-level competitor on the world stage. It requires years of dedication, commitment and the kind of ability that’s hard to find in combat sports.

So, when Rukiya Anpo was recently called out by a kung-fu master, it should come as no surprise that it wound up being fairly one sided.

Anpo wasn’t going to take it easy on his opponent and made sure this was a sparring session he wouldn’t forget. He landed stiff shots, great combinations and almost made the round uncomfortable to watch.

With Anpo having 12 knockouts to his name throughout the course of his kickboxing career, the kung-fu faster can consider himself lucky that things didn’t get even worse – especially with how viral it probably would’ve gone.

How long would you last in sparring with Rukiya Anpo before calling it quits? Are there any other examples of “kung-fu” pros being humbled in training? Let us know your thoughts down in the comments, BJPENN Nation!