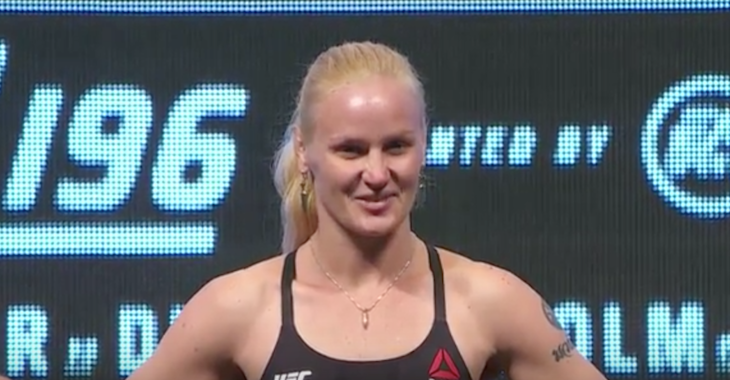 News broke this week from RPP that UFC women’s bantamweight Valentina Shevchenko was at a restaurant in Peru with her coach, who is also married to her sister, when an armed robbery took place. The robbers reportedly had the registers entered, and then began having customers empty their wallets.

Shevchenko’s coach Pavel Fedotov produced a firearm and open fired on the 3 robbers. Fortunately he killed one of the robbers, however the other two escaped, and Fedotov was shot in the stomach.

So far no word yet on Fedotov’s condition, however he was rushed to a local hospital.

Shevchenko is currently slated to fight former champ Holly Holm at UFC on FOX: Chicago in July. She is coming off the first loss of her UFC career to Amanda Nunes.