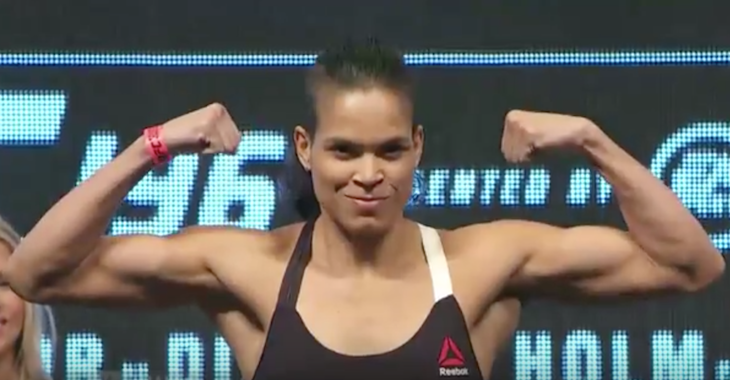 Round one begins and Nunes throws a leg kick that misses. Amanda scores with a front kick to the body. Both women seem tentative to start. A leg kick lands for Nunes and another. Shevchenko lands a left hand. Nunes presses forward with shots. Nunes lands another leg kick. Amanda is throwing a big right hand but it keeps missing. Spinning kick misses for Nunes. Shevchenko is not throwing much, she looks to waiting on something. She finally presses forward with punches but misses. Nunes shoots in and lands a takedown. She lands some big shots from guard. Shevchenko gets up to her feet as round one comes to an end.

Round two begins and Nunes lands an early takedown. She quickly moves to half guard and begins landing punches and elbows. Huge elbows from the top score for Nunes. She follows those up with some big left hands. Shevchenko is bloodied up. She’s fighting hard to get to her feet but Nunes is not having it. Big hammer fists from Amanda. She moves to side control on Shevchenko and then quickly to mount. She takes her back and is looking for a rear-naked choke. The choke is deep but Shevchenko survives. Valentina scrambles and winds up on top to close out round two.

Round three begins and Shevchenko throws a left and then lands a knee and an elbow. Shevchenko scores a trip and winds up in side control. Good shots from the top by Valentina. Nunes is able to push her off and get back to her feet. Huge knee lands for Shevchenko. She follows that up with a good combo. More knees from Valentina. Nice right hand over the top for Shevchenko. She follows that up by scoring a good left. More shots and knees from Valentina. This is her round but she likely needs the finish. More big shots and knees land for Shevchenko to close out the final round but it is probably not enough.