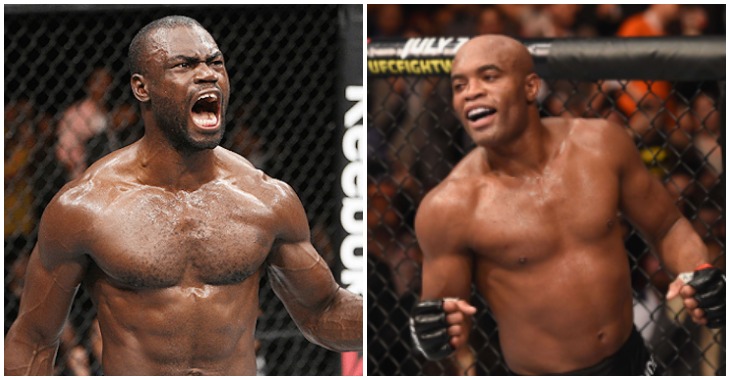 When Kelvin Gastelum tested positive for marijuana metabolites and was pulled from UFC 212, his planned foe, Anderson Silva was left without an opponent. For a time, there seemed to be a real effort in place to find a replacement opponent for Silva. During this stretch, he was called out by fellow middleweight stars like Yoel Romero, Luke Rockhold, and Uriah Hall. In the end, however, none of these fights materialized, and an opponent-less Silva was removed from the UFC 212 bill altogether.

Since then, Silva has been the subject of several new callouts.

The first of these callouts came from Gastelum, who pleaded with Silva to accept a rescheduled fight in New York. Gastelum made his call on Twitter.

My apologies and respects to @SpiderAnderson , I Can't make it to the dance in Rio, how about we dance in New York in July? @ufc @UFCONFOX

The next fighter to call Silva out was fellow Brazilian Mauricio “Shogun” Rua, who told Tatame that he would be thrilled to fight Silva, but not at UFC 212 in Rio.

“I would be thrilled to accept a fight against Anderson Silva, but not in Rio,” Shogun said. “There’s only a few weeks to go before UFC 212 and I’m not psychologically ready to do a fight camp right now. If I had two months to train, then yes, I would. I really respect Anderson as an athlete, he’s a guy who deserves my respect, but I’d fight him.”

More recently still, Silva has received another callout, this time from Uriah Hall, who he was briefly scheduled to fight back in May of 2016. Hall did not specify a date for a potential scrap with the middleweight legend, but did say he feels they have “unfinished business.” See Hall’s callout of Silva, which occurred on Twitter, below.

@SpiderAnderson let's make a fight happen for the fans. we have unfinished business….

Needless to say, Silva remains a popular fighter and a dream opponent for many of the UFC’s top middleweights and light heavyweights. Here’s hoping the plethora of suitors available to him keep him from retiring, as he recently threatened to do.

Do you want to see Anderson Silva and Uriah Hall fight?