Weili Zhang is one of the newer UFC champions but she has been undefeated inside the Octagon. The China native won the belt last August with a quick knockout win over Jessica Andrade. She then defended her title in an absolute war against Joanna Jedrzejczyk at UFC 248.

Zhang has shown her knockout power but has also proven she has the cardio to go five hard rounds and keep coming forward. She also has good takedown defense and solid jiu-jitsu leaving her hard to beat. But, the strawweight division has a plethora of challenges like Tatiana Suarez, Rose Namajunas, and rematches with Jedrzejczyk and Andrade.

The road ahead will be a difficult one for Zhang, but there is someone who has a great chance of ending her reign and that is Rose Namajunas.

Namajunas is the former UFC strawweight champion who hasn’t competed since she lost the belt to Andrade at UFC 237. She was dealing with injuries and then the loss of family members due to COVID-19, but Namajunas is still a top contender and dangerous as ever. 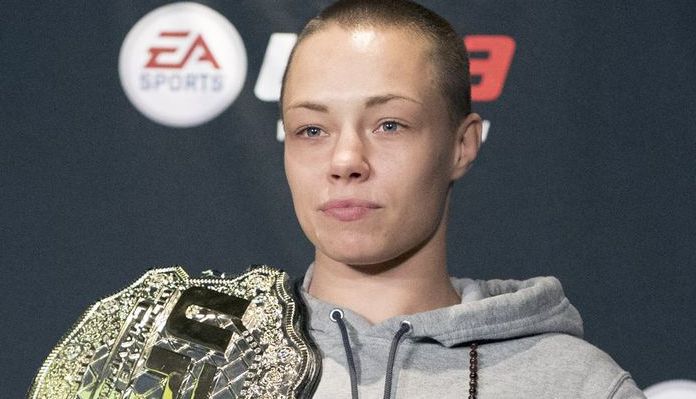 Firstly, Namajunas’ striking and technique are second to none. She knocked Jedrzejczyk out in the first round then defeated her by decision in the rematch as she pieced her up. She also has solid footwork leaving her hard to hit.

Rose Namajunas lands 3.95 significant strikes per minute while absorbing 3.88. Although she does get hit quite a bit, her chin has held up pretty well in her career and if she can avoid the power shots early against Zhang she will have success.

It seems unlikely this fight would hit the mat as both are known as strikers. Assuming they do fight, it would be a striker’s delight and a wonderful technical masterpiece. But, when it comes down to it, Namajunas appears to be the better striker and thus has the best chance to end Weili Zhang’s reign.

Do you agree that Rose Namajunas has the best chance to end Weili Zhang’s reign? Let us know in the comment section.

ICYMI: We already looked at who has the best chance to end the reigns bantamweight, featherweight, lightweight, welterweight, middleweight, light heavyweight, and heavyweight.