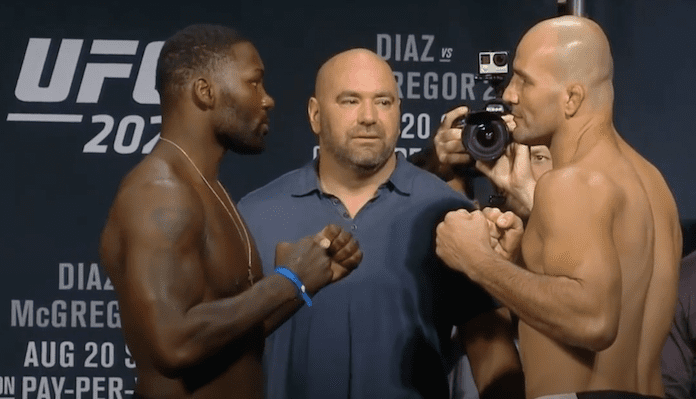 Teixeira submitted Jan Blachowicz in the second round with a rear-naked choke in the main event of UFC 267 to capture the UFC light heavyweight title for the first time at age 42. It is an absolutely incredible story as Teixeira became the second-oldest fighter behind Randy Couture to win a UFC title. What makes it even more surprising is that it was just a few years ago when Teixeira was brutally knocked out by “Rumble” and left for dead by many fans. That was back in 2016, and two fights later, Teixeira got knocked out by Alexander Gustafsson. At that point, he had lost three of five fights and no one could have realistically expected him to ever win the belt. But he’s won his last six straight and is now a champ.

Taking to his social media the day after Teixeira won the UFC light heavyweight title, Johnson congratulated his former rival on his victory, telling him that he deserves it.

HE DID IT… SO HAPPY FOR MY BROTHER @gloverteixeira ON BECOMING THE UFC CHAMPION… YOU KEPT PUSHING AND ACCOMPLISHED YOUR GOAL AND MOTIVATED ME TO GET BACK AT EVEN MORE!!! YOU DESERVE THE BELT

For Johnson, he is currently a member of the Bellator roster. Due to a recent health issue, he was forced to withdraw from the Bellator Light Heavyweight World Grand Prix, but the hope is that he can be re-booked for a fight in 2022 once he’s healthy. In the meantime, Johnson continues to pay attention to the sport and to what his former foes are doing.

Were you as happy as Anthony Johnson was to see his former foe Glover Teixeira win the UFC light heavyweight title at UFC 267?