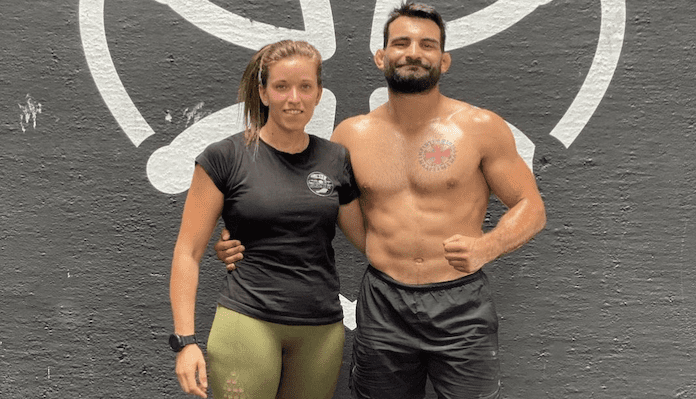 In what was one of the worst prolonged beatings we have ever seen inside the Octagon, Elizeu Zaleski dos Santos poured heavy damage on Saint Denis over the course of 15 minutes. In the second round of the fight, it was a 10-8 round in favor of dos Santos, and there were numerous moments during the round where the referee could have stopped the fight. However, the fight continued, and it went into the third round. Incredibly, Saint Denis survived the third round and made it to the final bell. At the end of the 15 minutes, it was dos Santos who won the decision, but Saint Denis earned the respect of all watching.

Of course, it was a very difficult fight to watch as Saint Denis was absorbing plenty of damage and not really fighting back, so many fans watching were concerned about Saint Denis following the fight. It’s one thing for the fans to be worried, but of course, it must have been even more difficult for his wife Lalou to watch her husband suffer such a beating. But while it might have been a tough fight to watch, she is very proud of him.

Taking to her social media following the fight with dos Santos, Lalou Saint Denis praised her husband for showing his incredible heart and toughness in what was his UFC debut.

We win TOGETHER, we lose TOGETHER !! But tonight who will dare to speak of defeat ??? My husband is an incredible fighter, what proof of talent, courage, and selflessness tonight !! He makes me so proud, I have no words. Madame Saint-Denis

What do you think is next for welterweight Benoit Saint Denis after suffering a brutal beating against Elizeu Zaleski dos Santos at UFC 267?