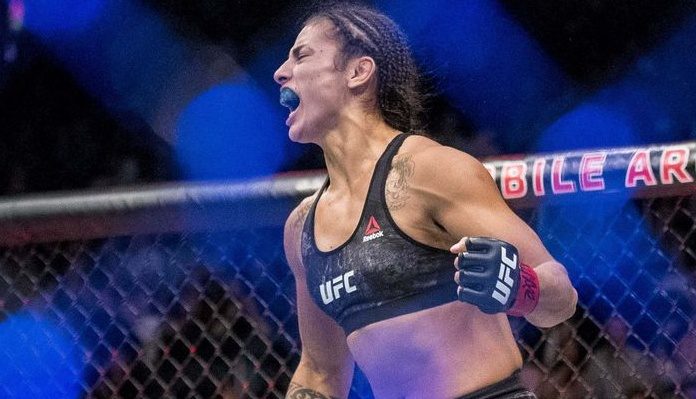 The wild story surrounding UFC flyweight Mara Romero Borella seems to be coming to a conclusion as we now know that her 26-year suspension by the Italian Anti-Doping Agency will not be affecting her UFC career.

A big question after hearing that news was whether or not this would affect her career as a fighter. We now have some clarity on that as USADA spokesperson Danielle Eurich told MMAJunkie.

“Following our review, we have determined and then subsequently informed the UFC that [Mara Romero] Borella is eligible to compete in UFC events because the violation that resulted in her ban by the Italian national anti-doping agency (NADO) is not a recognized offense under the UFC Anti-Doping Program. She was sanctioned by the Italian NADO for her involvement in trafficking street drugs – marijuana and cocaine (prohibited in-competition only) – with no intent to enhance performance.

The UFC ADP does not consider this a violation because the activity was unrelated to performance enhancement. As such, Ms. Borella remains eligible to compete in UFC events.”

Despite being cleared, Borella could still end up having some damage done to her MMA record as one of her wins in Italy from 2014 has been overturned to a no contest. Thus turning her record from 12-5 (1 NC) to 11-5 (2 NC). Borella’s first no contest was unrelated to this situation.

With that in mind, it is very possible that Borella could end up having multiple other wins overturned by the Italian commission which would end up giving her quite the unique record. Which could also raise some eyebrows for those who don’t know the story and why she’s losing wins off of her record.

Borella last fought at UFC on Fox 27 against Katlyn Chookagian in January. Borella would suffer her first loss since 2015.