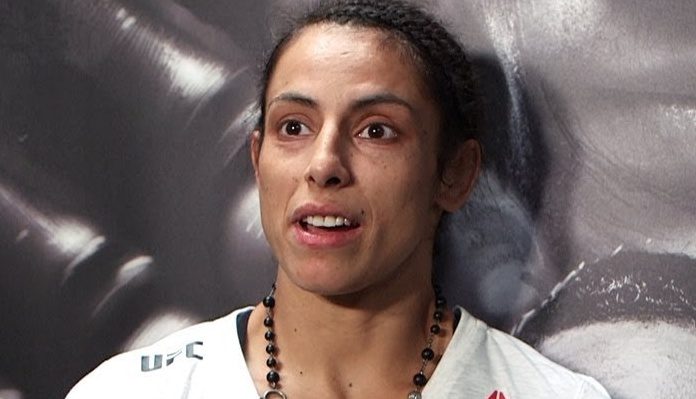 The strange news has followed Italian UFC flyweight Mara Romero Borella this month and it just continues to get a bit stranger.

On September 13, Borella received the loftiest of suspensions imaginable in the sports world. That being a 26-year suspension from the Italian Anti Doping Agency.

Originally, Borella was already in the midst of a 15-year suspension from the IADA as result of her trafficking of the banned substances in cannabis and cocaine. The suspension was extended after she violated rules that stated she wasn’t allowed to compete while suspended or use her country’s training facilities.

Along with the suspension, it has now been reported by Sherdog/4once.it that the Italian Federation of MMA (FIGMMA) has gone ahead and overturned one of Borella’s two victories from 2014 that took place in Italy to a no contest. The reason being due to the discovery that Borella was not prohibited to compete in the event that she did.

The fight being overturned was her first-round armbar victory over Donatella Panu at FIGMMA: Colosseum MMA in the Cage. This now changes Borella’s record from 12-5 (1 NC) to 11-5 (2 NC). Borella’s first no contest being a 2016 decision loss against Lena Ovchynnikova. The exact reason as to why the fight was overturned is unknown but it is believed that Ukrainian favoritism towards the hometown fighter Ovchynnikova may have played a part in it.

Currently ranked at No. 13 in the UFC flyweight rankings, Borella became the first Italian female to ever win a bout in the UFC and the second fighter to win a flyweight bout in the UFC with her UFC 216 first round submission over Kalindra Faria. Since then she has fought once which was in January in a close losing effort to Katlyn Chookagian via split decision. The loss was Borella’s first in three years (6-0, 1 NC since/prior to).

The UFC has yet to acknowledge or make any statements in regards to Borella’s future with the organization. But seeing as she was already suspended upon her arrival to the UFC, it may have no effect on her status at all. That is unless it was just a case of ignorance on the UFC’s part.