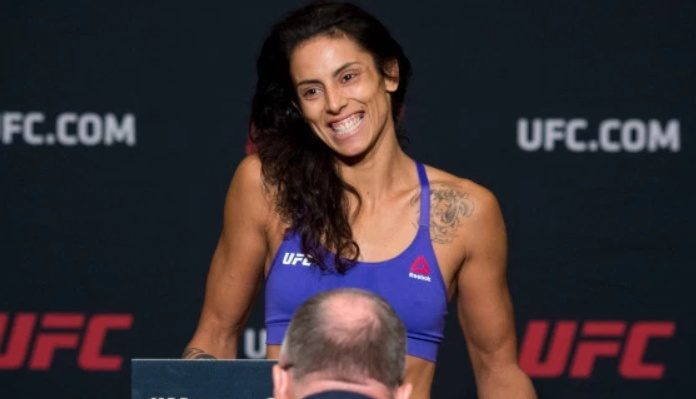 If you thought that Nick Diaz’ suspension of five years back in 2015 for marijuana use was a long one…then wait until you hear about this one.

The UFC’s first Italian female fighter to win in the organization was flyweight contender Mara Romero Borella. Borella also competed in the second ever flyweight bout at UFC 216 when she came out victorious in dominant fashion by submitting Kalindra Faria in just one round.

However, the Italian has had quite the interesting past and it continues to be brought to light thanks to a recent suspension.

In 2014, Borella was suspended by the National Anti Doping Agency of Italy for 15 years due to trafficking of prohibited substances. This suspension has now been extended to 2044 making it a whopping 26-year suspension due to “contravention of article 4.12.3 of the Italian Anti Doping Code (NSA) which prohibits competing while suspended.” accompanied by “violation of article eight of the same code which prohibits the use of Italian sporting facilities while serving a suspension”. (via MMA Today)

The story is that of Borella and her then-boyfriend, Rugby player Filippo Maserati who was under police investigation centered around the Italian town of Piacenza. A two-year investigation that was known as “Operazione Flanker“ led to the arrest of the couple along with 33 others that were charged with distribution and sale of cannabis and cocaine in multiple areas around the location.

The investigation discovered that Borella and Maserati were distributing drugs around bars, nightclubs, and sporting venues such as rugby and soccer matches. Borella also was believed to have been selling drugs at her gym.

Italian media reported in July 2012 that 31 of the defendants had entered into plea deals that included punishments of up to one and four years in prison.

Whether or not Borella’s UFC career will be affected by this news remains to be seen.