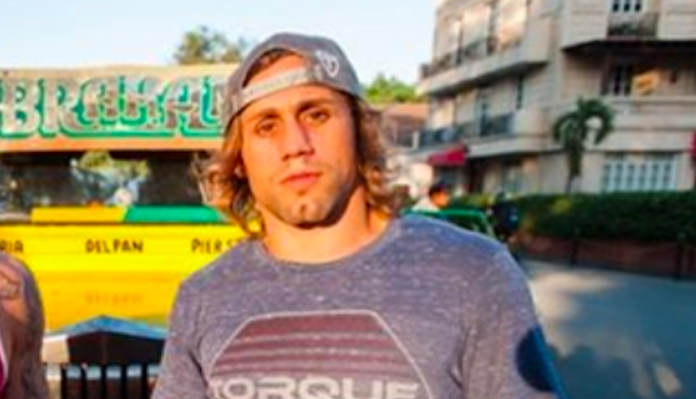 UFC Hall of Famer Urijah Faber says that welterweight Colby Covington is “actually not a bad guy, he’s trying to get himself noticed.”

Covington recently lost a unanimous decision to UFC welterweight champion Kamaru Usman in the main event of UFC 268. It was a great fight by both men, but ultimately Usman got the job done. Speaking to Helen Yee in a recent interview, Faber shared his thoughts on the fight. He said that he enjoyed watching it and then he defended Covington’s personality, suggesting that he is just plating a character inside the Octagon.

“What a great fight man, I mean I know both those guys well and it was funny to see the very end. Colby’s actually not a bad guy, he’s trying to get himself noticed. He’s not a guy that’s super outside the box as an individual so his whole schtick, he put it aside for a second and just showed respect. I like to see that,” Faber said (via SportsKeeda). “And it was a war man. Those guys are two of the best fighters on the planet. High-level wrestlers. You know, great genetics, great standup. So, you know, Usman’s a champ for a reason.”

It will be interesting to see what the UFC does with Covington next following this defeat to Usman, which was his second loss to the champ in the UFC. He is still one of the top-ranked fighters in the division and has shown that over the years, so even though he didn’t get past Usman, he is still a very good fighter, as Faber suggested, though the character that Covington plays is still very polarizing.

Do you agree with Urijah Faber that Colby Covington is just playing a character inside the Octagon and that outside of the cage he is actually a really solid guy?