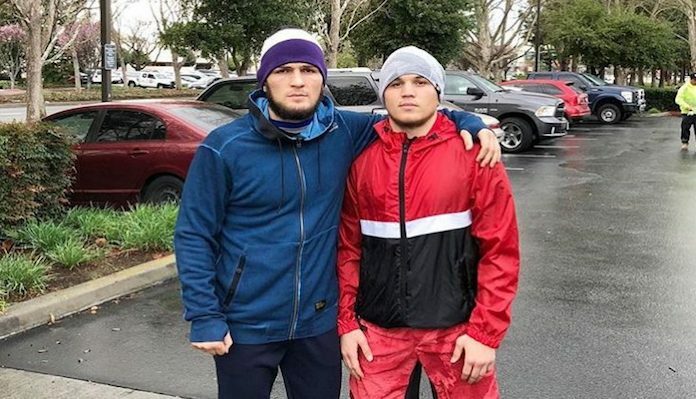 The more famous Nurmagomedov broke the news of his cousin’s signing on his Instagram. Here’s what he wrote below (translated from Russian).

“Me, horse and fighter @ufc

Brother @umar_nurmagomedov you have a lot to prove when I signed up for #ufc there were a lot of people who did not believe in me, but my team and my close friends supported and believed in me.

Hope in the Most High and labor will bear fruit.

You have everything for the result, and now act and prove that your place is among the best athletes in the world.
@umar_nurmagomedov”

Umar Nurmagomedov (12-0) is perfect so far since beginning his pro MMA career in 2016. He started out fighting for promotions in Russia such as Fight Nights Global before making his North American debut for PFL in 2018. He fought two fights in the PFL, defeating Sidemar Honorio and Saidyokub Kakhramonov, both by decision. However, PFL didn’t do bantamweight tournaments so those fights were non-tournament bouts.

Just 21, Nurmagomedov is generally regarded as one of the better bantamweight prospects that wasn’t fighting in the UFC already. Nurmagomedov shares the famous last name of his cousin so expectations will be huge for him, but under the guidance of his older cousin Khabib he should be able to quickly get his footing while fighting inside the Octagon.

There’s no telling who Nurmagomedov will fight in his Octagon debut or when he will make it, but expect the UFC to take the slow and cautious approach with the youngster. The UFC bantamweight division is one of the most stacked weight classes on the roster so there should be someone at a similar experience level for Nurmagomedov to fight in his debut.

How excited are you to see Umar Nurmagomedov fight for the UFC?